Feel free to chip in below.

Replace the bus with the weird fake train thing they bring in at the start of the semester.

Seconded. Also, allow for classes in the bouncy houses. I know Rodney is hoarding them all for himself.

Can we also finally get rid of the graffiti on Jerome? Here’s what I’m thinking for an alternative design (note: my professional artist used a complex neural network blockchain lossless algorithm to estimate what campus would look like in 2027) 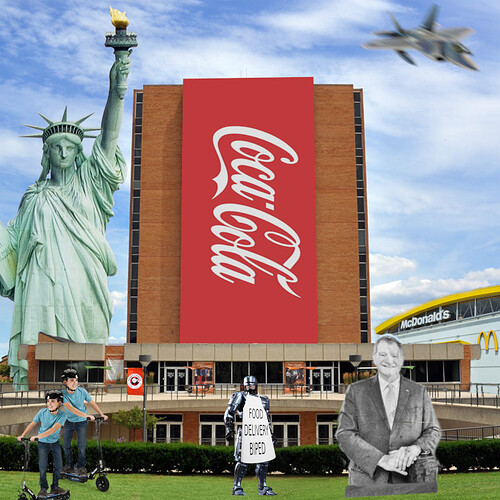 How come the statue of Rodney Rogers doesn’t have him wearing a mask?

We’ve given the doohickey comboborator five million more hours of training data, and it’s given us a more detailed look at how Jerome might look in 2027. Historians, take note. 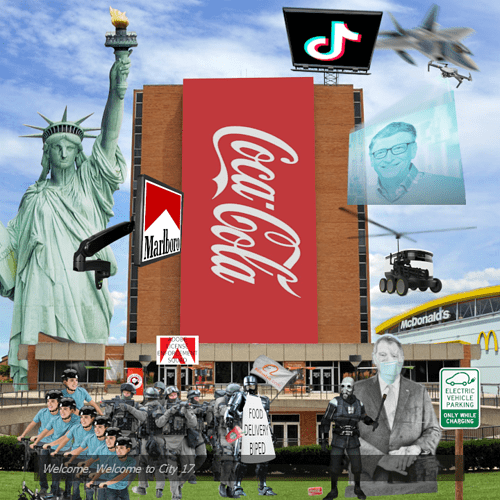 The future is changing in real time! 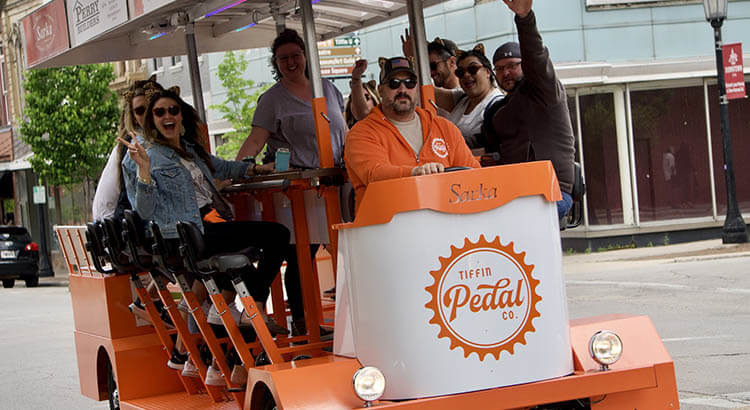 Finally, a man who gets it.