As late as 2014 a major university was trying to use online education with second life as a selling point. It’s great how these depictions of SL are almost never flattering. WTF is an alumni going to make out of this 3fps eyesore as an alternative to the classroom? 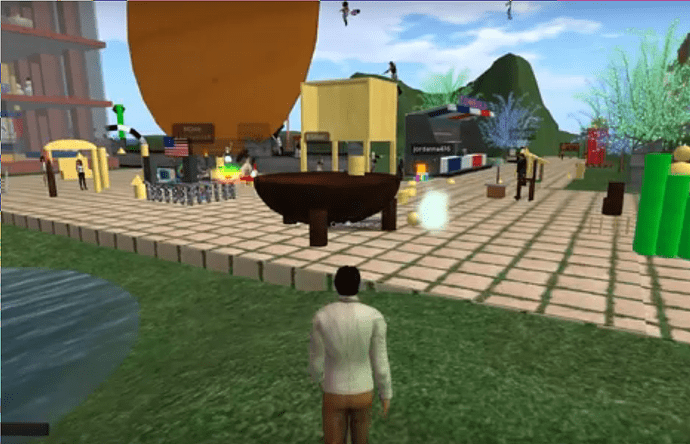 Composition of the 3D scene & framerate:

Agree that it’s hideous and a mess. This might appeal to bigger is better type mentality people who are tech illiterate, and just see virtual skyscrapers and assume that they cost the same or more as real life skyscrapers and are impressed by that, but those people were quickly dwindling in relevance in 2014.

To be fair, this scene would have been impressive for an online 3D App in 2009.

It was out of date in 2014 when they showed it, but not as laughably as out of date as it is now. For comparison, this is gameplay from Guild Wars 2 at launch in 2012. It’s better then this in technical quality, but not by too much. However it’s composition is absolutely better.